If you cannot attend services in person, access our live streams here!

A group of faithful pioneers met in the home of Mr. Theodore Uzelac on Watkins Avenue in Wilmerding in the fall of 1904. After agreeing upon adopting St. Nicholas as their Patron Saint, a wooden frame building was purchased from a Protestant group, adapted to the needs of the congregation, and on April 17, 1905, the first Divine Liturgy was celebrated.

The church was consecrated on May 22, 1905 by Holy Archbishop Tikhon of New York (Russian Orthodox Church). A two story auditorium was built in 1948 with Holy Bishop Nikolaj of Zhicha officiating the blessing of the corner stone. In the 1950’s the upper auditorium was converted to the house of worship and the original church was used for classrooms. Thus the parish was twice blessed by Holy men: St. Tikhon and St. Nikolaj. The present church, church hall and the parish house were built in 1971. In 2005 the parish celebrated its 100th anniversary.

Fr. Stefan was appointed parish priest of St. Nicholas Church on October 15, 2020. He is joined by his wife Popadija Marina and daughter Saveta. 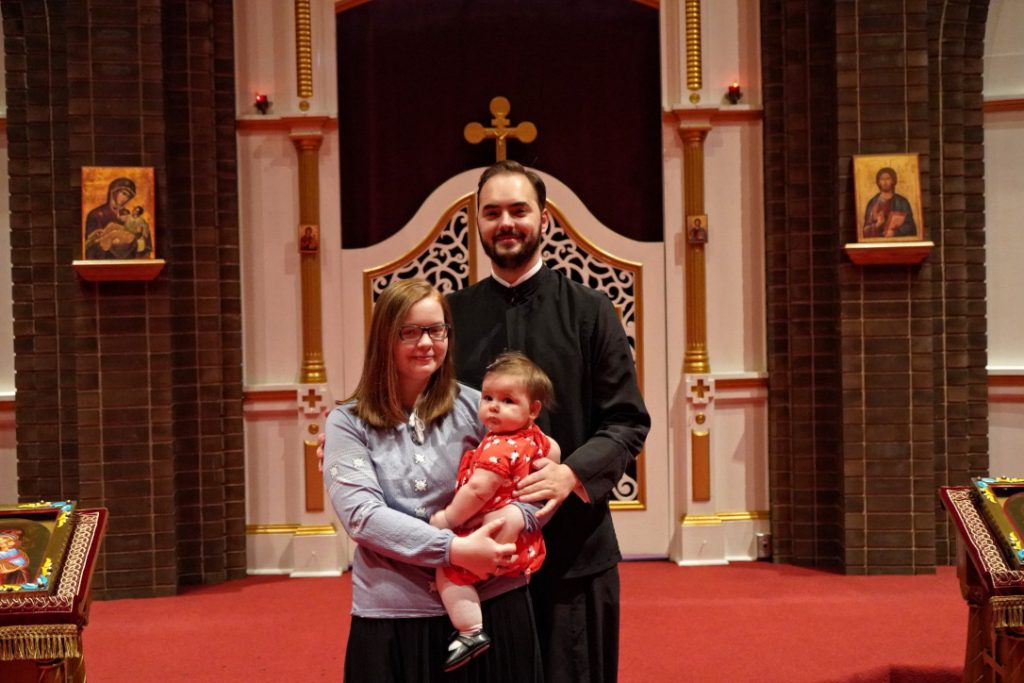 The Parish Church Board discusses various business issues relating to our parish. The board meets on the first Tuesday of each month in the multi-purpose room.

Our parish contains many different organizations, from the Sunday School and Choir to the Tamburitzans and Outreach Committee. All are welcome to explore these organizations and become a part of their initiatives.